Home → Blog → Which Carron Phoenix Replacement Plug do I buy

Which Carron Phoenix Replacement Plug do I buy

Please read this guide below before purchasing any plug on our website as we have put all the information here.

The main issue is that often we do not know what waste kit (and therefore plug) was fitted with your sink.  It is not unheard of for a Kitchen Installer to use a different waste kit than the one that normally goes with a sink.

Why is this important ? because when fitting a sink the plug and cup (that the plug is fitted into) go together.  So if you have different plug i.e designed for a different cup, they won’t work.  All is not lost ! the worst case scenario if you find yourself in that position is that you will need to buy a new cup and plug (and then we would also recommend buying some spare plugs too at the same time). 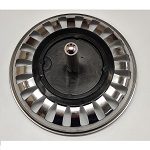 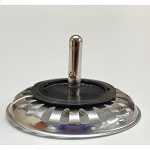 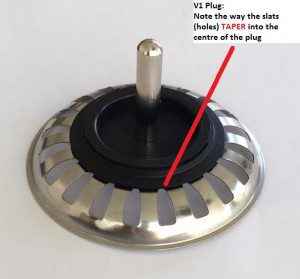 V1 Plug Close up of Slats (Holes). Slats Taper into the centre of the Plug unlike slats in V2

Colour: Available in Chrome only. 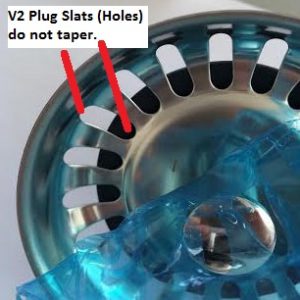 V2 Plug. The Slats (Holes) do NOT taper towards the centre of the Plug. 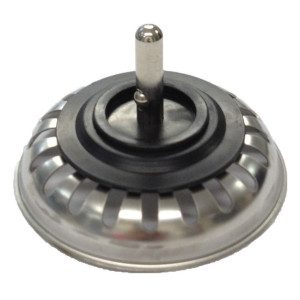 Carron Phoenix Plug Variation 3 with 6 Black Rubber Prongs
This was used in many of the Older Carron Phoenix Models and is very distinctive in appearance. 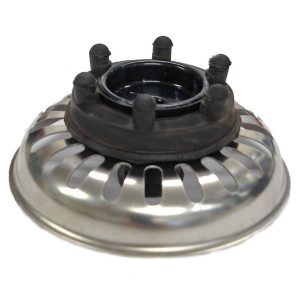 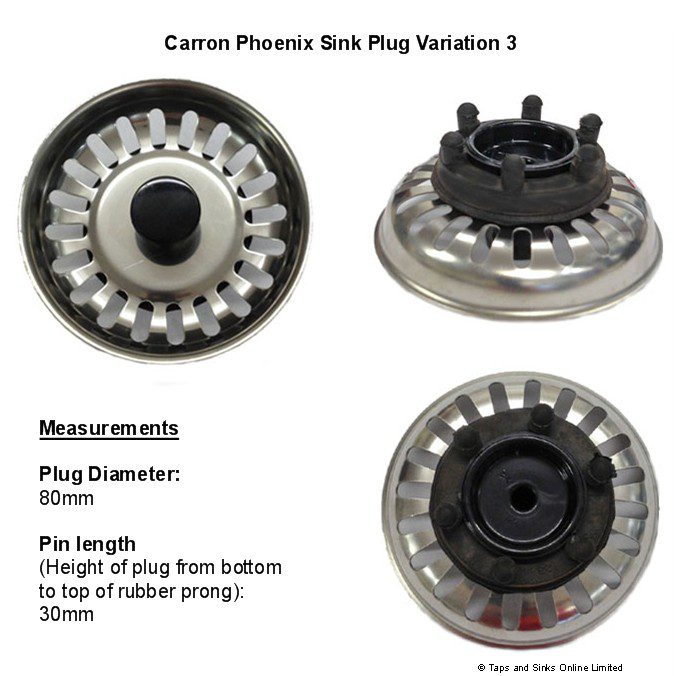 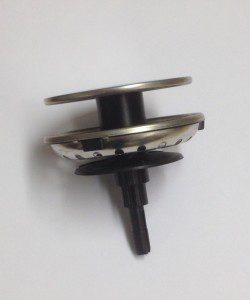 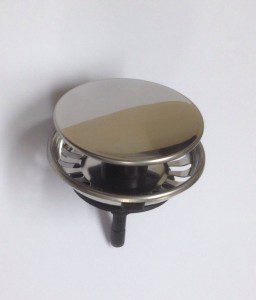 PLEASE NOTE THAT YOU CANNOT CHANGE YOUR VARIATION 4 POP UP PLUG FOR ANOTHER PLUG UNLESS YOU ALSO CHANGE THE CUP THAT THE PLUG GOES INTO E.G. VARIATION 2 CUP AND PLUG SET

Carron Phoenix has only one Pop Up Plug available – this one, V4.  The diameter of the Stainless Steel Disc on Top is 73mm. Diameter of plug is 80mm. Pin Length is 47mm. Overall height when opned is 87mm. If your existing plug pops up and you have a Carron Phoenix Sink and it looks like V4 in the picture, then this is the plug you need to purchase as a replacement unless you also change the Cup underneath as well.

This Carron Phoenix Plug Variation 5  was used in earlier models such as the Select, Carisma, Balmoral, Lavella (early range).

V5 has been discontinued but V1 Will also fit so if you order V5 you will receive V1. 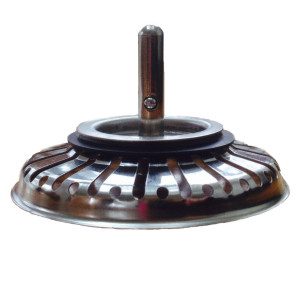 Belfast 110 Plug
If you have a Belfast 110 Sink (that comes with weir overflow and small sink hole outlet) then this currently only comes as part of the Belfast 110 Waste and Plumbing Kit which you can find here.

Disclaimer: We have no way of knowing whether or not the waste and plumbing kit used was the original waste and plumbing kit supplied by Carron Phoenix. That is why it is so important to check the measurements that are supplied with each plug and also compare pictures. While we offer full refunds, we will not offer a refund for the postage cost of returning a plug should it not fit.

Detailed Shipping / Returns information can be found here.
In Brief:
- Small items only by Post: £2/£3
- Courier Delivery DPD Track & Trace: £5
- BREXIT: No additional charges on delivery once your Order before shipping charges is less than £135.